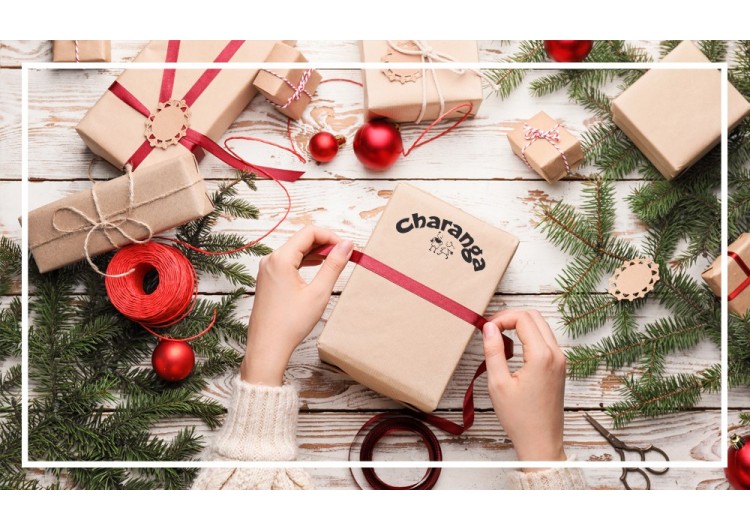 We love everything about Christmas, the lights, the atmosphere, the food and of course... the presents. But not just receiving them, making the gift list for your family or friends, imagining their excited faces when they open them and yes... wrapping them too! Or just a few?

Well, if you're one of those who enjoy it, you're going to have a great time with this gift guide. And if you don't like it... at least it will help you! 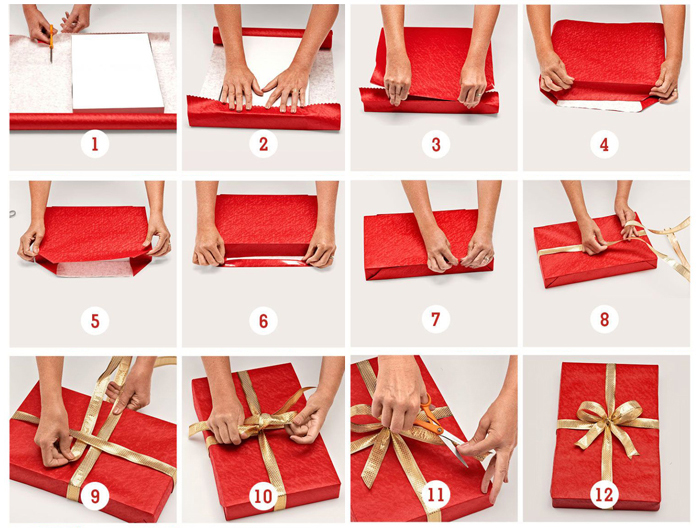 Place the box face down on the wrapping paper, leaving the paper attached to roll up. Use scissors to cut the paper along one side, making a sheet wide enough to cover both sides of the box.

While standing on the same side of the table as the roll, pull the paper tightly up and over the far end of the box. Stick with double-sided tape and fold the paper along the edge of the box with your thumb and forefinger.

Unroll the paper and bring it to meet the already wrapped end. Cut the paper off the roll, leaving an inch overhang. Fold that inch down and fold along the fold. Tape with double-sided tape.

Now it's time to tackle one of the open ends of the box. Push the sides of the paper inwards, creating four flaps at a 45-degree angle, then fold along the flaps.

Fold the top flap. Make a sharp fold along the top of the box, then fold again where the paper meets the bottom edge of the box. Cut paper along that bottom fold. Adhere it to the box.

Fold under any excess paper on the bottom flap so that it is perfectly aligned with the top of the box. Apply double-sided tape to the bottom flap, then fold it over the top flap and adhere it.

Step 7: Close the other side

Repeat steps four through six on the remaining open end of the box. Finish all sides by running your pinched thumb and forefinger along the edges to create neat lines.

Place the wrapped box face down on a piece of tape (about five times longer than the box). Pull the ends of the ribbon up and place the right end over the left. Pull widthways so that they cross each other.

Turn the box upside down. You should have two ends of ribbon of approximately the same length. Pass each end under the ribbon already in place, as shown.

Tie a double knot in the ribbon and then make a single loop. Use your fingers to shape the loops.

Pinch the ends of the ribbon lengthways and cut at a 45 degree angle to create forked ends, as shown. That's it, all wrapped up!

With your first bundle finished, the rest should be a breeze. Plus, your loved ones will be impressed with your wrapping skills.